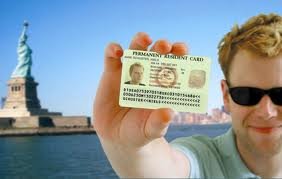 It is no secret that to get U.S. green cards, thousands of Chinese investors mainly used the U.S. EB-5 immigration program for many years. Created in 1990 to help stimulate the US economy through job creation and foreign investment, the EB-5 program basically enabled Chinese investors to get their green cards through a $500,000 investment in a regional center project, or a $ 1 million direct investment in their own company. In either case the EB-5 investor had to create at least 10 fulltime jobs. At one point in the life of the EB5 program, Chinese investors provided up to 90 percent of the $50 billion the EB-5 program generated annually. They were annually issued over 80 percent of the EB5 visas. In fact, the US accumulated almost $140 billion in Chinese investment through this program over the last ten years. But recently Chinese involvement in the EB5 program has stalled.

There are serious problems associated with the EB5 program, particularly for the Chinese. The processing times are now well over 10 years. Scandals have broken out involving Trump’s son-in-law Jared Kushner and his EB-5 real estate project being inappropriately marketed in China. Hundreds of Chinese investors may lose their money in the troubled Lucky Dragon and SLS EB-5 hotel projects in Las Vegas.  There are expected increases in the required investment amounts which have been rumored will climb to $ 1.35 million and 1.8 million soon. Source of funds and money laundering have been increasingly a concern, particularly in transfers out of China and funds held in foreign bank accounts. There are also serious tax questions that arise for many wealthy investors coming to the USA in EB-5 status. In short, Chinese investors would be wise to look at other U.S. immigration alternatives.

So what are the best alternatives.

Briefly, an L-1 visa is an inter-corporate transfer work visa. As a model, think Toyota transfers a manager from Tokyo to Los Angeles – the applicant gets an L-1A visa and the family also comes to the USA. For more details, see the L-1 work visa the outline here and my article in Forbes here. Note I am not talking about the L-1B specialized knowledge visas since they do not involve the investment component and are therefore not germaine here.

As for the EB1-C green card program, it is identical to the L-1 visa, that is to say, it involves a transfer of a manager or executive from a foreign affiliated company to a U.S. based company, except in the EB-1C scenario, the application is for a green card and permanent residence, not just a work visa. See my article here for more details.

Depending on the size of the investment in the USA, the nature of the company's activity and the affiliation overseas, an L-1 visa could be used by several managers and executives to come to the U.S. to work for the same company. For example, while the preliminary investment in an L-1 visa enterprise might cost, say $ 750,000 U.S., if several additional executives are to be transferred into the USA, the marginal extra required amount could decline to say $ 175,000 per executive. Much depends on the company's activity and its affiliates overseas. In the end, this is all a question of the viability of the business plan and what the company will be doing.

There are some important caveats to watch out for in L-1 visas.

For one thing, if a foreign entity is looking to start up a new business in the USA, the initial L-1 visa will only be granted for one year. During this 'test period' the manager or executive will need to establish the company's bona fides and show it can be profitable to renew the visa.

What is more, the maximum time a manager or executive can get for an L-1A visa is seven years. That means essentially that L-1 investors have seven years to set themselves up and move to permanent resident status or return home for at least one year. Most likely, that means the investor will want to apply for and obtain EB-1C status within seven years. Looking at the current State Department visa bulletin, it appears that at this time it is possible for someone who gets an L-1 visa to apply for and obtain a green card within seven years but it appears it will not be long before the EB-1C category will also become backlogged for Chinese applicants as well. (Note this backlog concern does not apply to Taiwanese, only mainland China and Hong Kong applicants - Taiwanese will have no problem.

An exciting thought related to the L-1 visa, is the notion of roundtripping that is eventually returning home. The investor setus up a business in the United States and then also exports the products back home. For example, the investor sets up a Wine Bar/Tasting Room in their community introducing California wines to a new consumer market with wines sold by both the glass and the bottle. Having succeeded there, he then takes the same concept back overseas for a year. Then he applies again for another seven years.

Compared to any other U.S. options for Chinese investors, the L-1 visa in particular stands out. It is definitely worth considering by those who harbor the notion of a move to the U.S.A. Incidentally, the rules for inter-corporate transferees are very similar in Canada, so this strategy can work there as well.